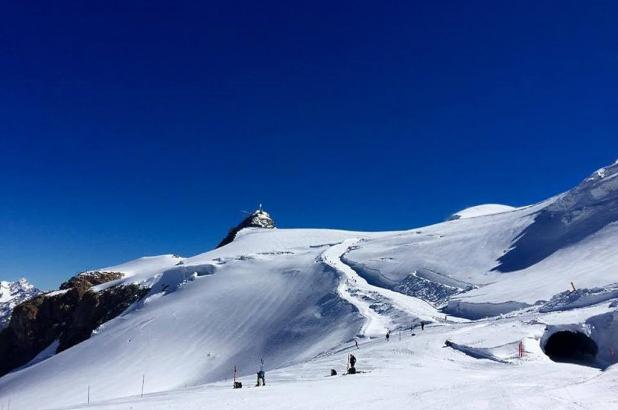 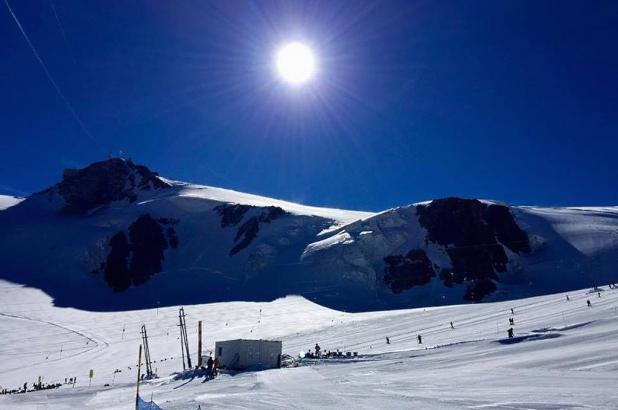 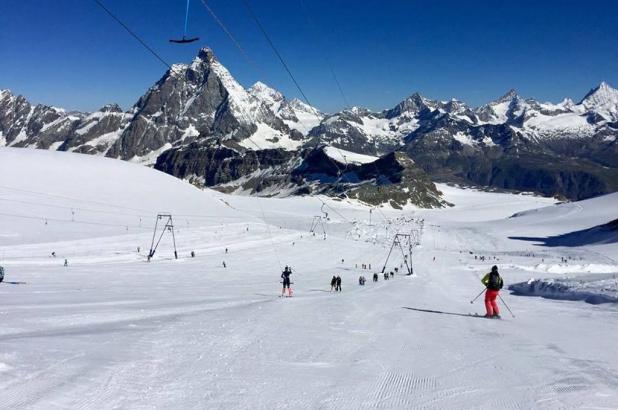 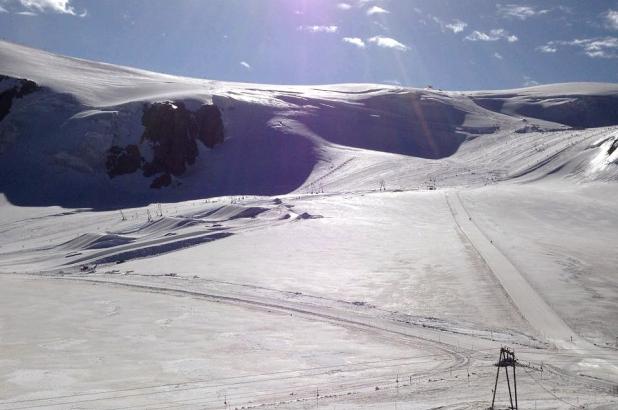 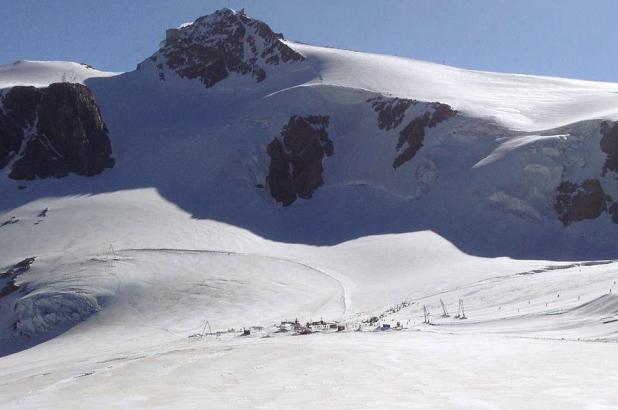 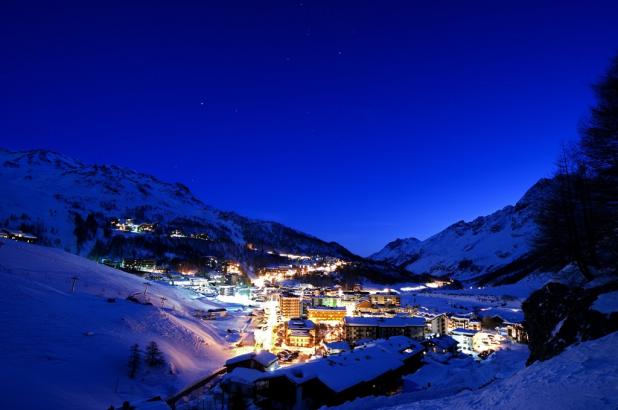 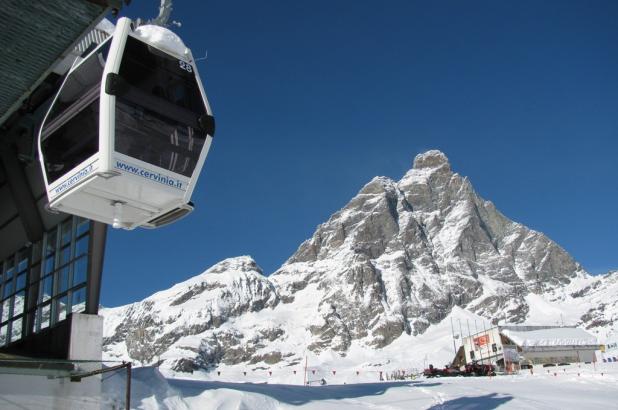 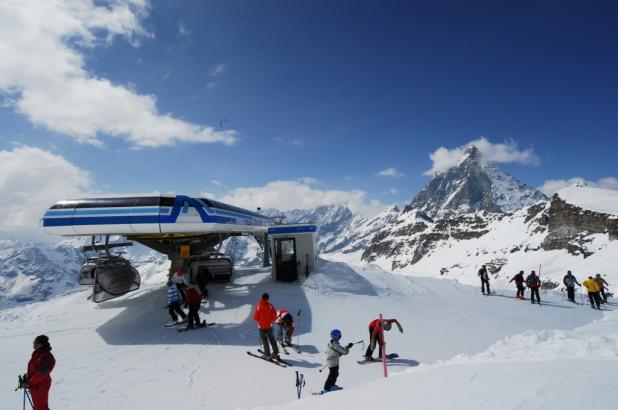 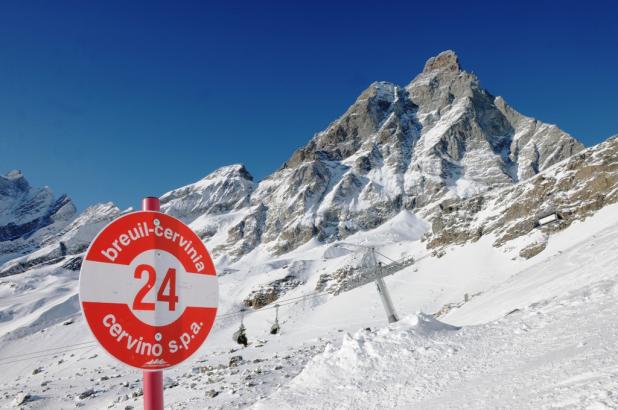 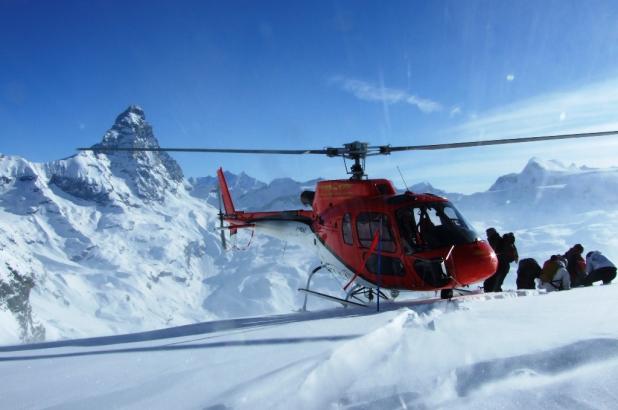 The Breuil-Cervinia Valtournenche Zermatt area is one of the largest in the Alps, with a varied “domaine skiable” beyond compare, which stretches through three valleys in two countries, Italy and Switzerland, from the 3,883 m of the Piccolo Cervino descending to the 1,524 m of Valtournenche.  360 km of ski runs offering the chance to ski all day without ever repeating the same run twice, alternating easier runs with those of increasing difficulty.

The ski area in figures:

Breuil-Cervinia is home to skiing
Cervino is at the centre of this grand international skiing area, crossing between Italy and Switzerland; leaving home and returning with skis always on your feet is the success of Breuil-Cervinia and thanks to the elevated altitude you can do so all season. From the fantastic “Ventina” run that arrives right in town to the runs of Cretaz and Cieloalto arriving at your doorstep, and all interconnected with the large network of lift sytems. Forget your car; in Breuil-Cervinia the only means of transport to use are the “snow-cats”, and for the sporty types ski touring and snowshoes.

Ventina
3,500 metres of Plateau Rosà and the ample white balcony of the Alps, from here the spectacular panorama, over Mt Cervino that even though it’s height of 4,478 metres, it seems so close that you could touch the peak, Mt Bianco (4,810 m asl) and Mt Rosa (4,634 m asl), to Gran Paradiso (4,061 m asl) and over the Piedmont mountains and the profile of Monviso (3,841 m asl) and those even closer in the region of “Savoia” and Switzerland with the peaks of Eiger (3,970 m asl) and Jungfrau (4,158 m asl) overlooking the “Oberland Bernese”, the descent starts along the celebrated “Ventina” run, from here or from the Klein Matterhorn station in Swiss territory. The 11 kilometre classic downhill run though starts from here at Plateau Rosà, ending in Cervinia town. The run starts with the “S” and a steep wall that seems never-ending and then after a short breather this grand run again slopes away steeply before arriving at the Cime Bianche Laghi (2,812 m asl) station, from here the run can be reached from the connecting Valtournenche lift systems and the “Goillet” chairlift. There’s still a long way to go: A series of curves to arrive in the ski area of “Bardoney” where another spectacular run, from a technical point of view and the famous “Bardoney” wall. “Ventina” is full of surprises; a run through the pine woods to conclude a run that is part of skiing history.

“Colle del Theodulo” pass
Plateau Rosà is one of the two ways that you may reach the Swiss ski area, “Colle del Theodulo” is the other convenient route: From Breuil-Cervinia ascend and take the chairlifts “Plan Maison”, “Fornet” and “Bontadini”. On a historical note; from the middle of the 16th Century the “Colle del Theodulo” pass was used by the habitants of Valtournenche trading with nearby Switzerland, crossing over where the ski runs are now found. Those returning from Zermatt on skis can try the alternative route of Klein Matterhorn, via Theodulo with the two skilifts connecting Plateau Rosà to admire the east wall of Mt Cervino and the Whymper crest, named after the English climber that on the 14th July 1865 was the first to reach the peak of Cervino passing along this crest.
“La città delle pietre” or city of rocks – Pancheron
Another face of Mt Cervino; from this area into town where the Cretaz chairlift and the newest lift “Pancheron” depart, Cervino reaches into the sky with it’s enormous shadow casting over the snow. Come and see up close; the south face and “Testa del Leone” appending, designed against the sky, this imposing mountain fascinates you. The chairlift “Pancheron” (the newest lift, 6-seater with protection shields and child safety system) has contributed to opening up the already ample ski area of Cretaz. The lift permits skiers to easily reach an altitude of 3,000 metres (under the “Cresta del Furggen”) in under ten minutes and then to reach the ski area of Plan Maison and that of the city of rocks, runs of a certain technical difficulty such as the “9 bis” and the “24” that in spring offer the best snow conditions. Arrival in town with a the blue run “5” or the more difficult runs “3” and “3 bis”. In Breuil-Cervinia, we guarantee arrival with skis on foot into town even during spring skiing, with great snow thanks to the elevated altitude of the resort. This area and the chairlift “Pancheron” offers unforgettable freeride descents, in an area right under Mt Cervino, guaranteeing powder snow all season round.

Cieloalto
The Ventina run is the most famous but those of the ski area Cieloalto are where in the 70’s World Cup races were held. Steep downhill runs with the arrival in the woods (great training area) perfect for the more experienced skier that is looking for technical gratification. Cieloalto can be reached with skis on feet directly from the Ventina run with a panoramic connection (with view over Cervinia town) with the advantage that it’s off the beaten track, an ideal stage for giant and slalom training. The Cieloalto area can also be reached from Cervinia via the chairlift “Bardoney” or by a bus service.